From conserving historic Huts in Antarctica to protecting historical monuments along the wild Atlantic way. 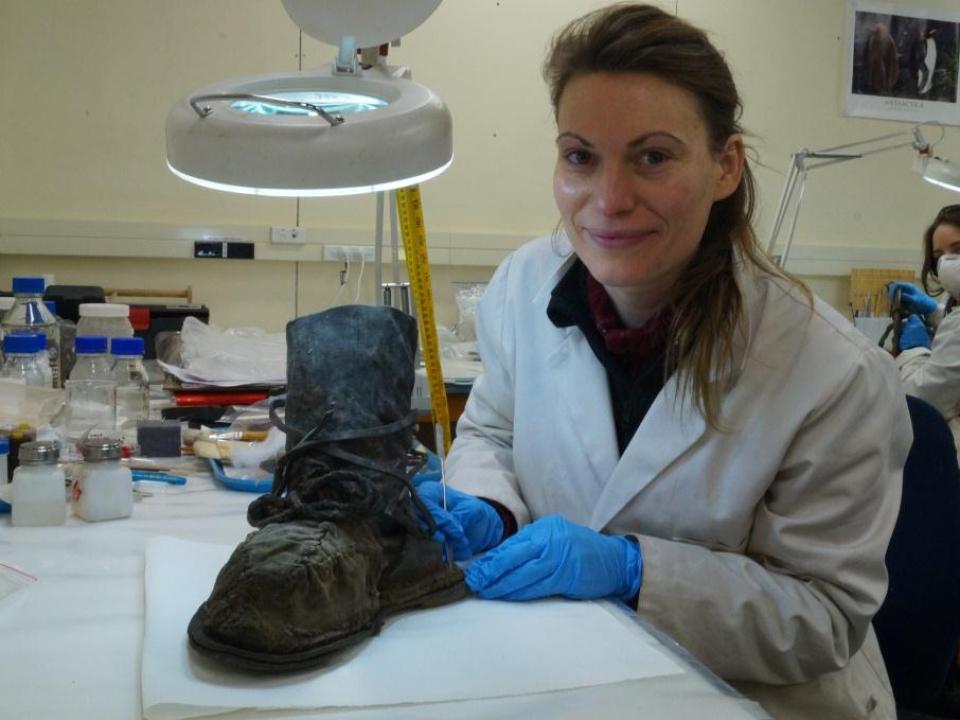 Originally from Ballyshannon, Stefanie now lives in Bundoran in Co Donegal. Her interest in education developed while working for Heritage Without Border in the Balkans, where she lectured in the conservation of historic materials and project managed the conservation school in Tirana, Albania.

She has worked in heritage management and conservation in Ireland, England, Greece, Kosovo, Turkmenistan, Iceland, and New Zealand.

Stefanie is currently researching how we can protect historical monuments along the Wild Atlantic Way.

Stefanie spent two winters at Scott base, the New Zealand research base in Antarctica, and one year in New Zealand, working for The Antarctic Heritage Trust, a New Zealand based-charity, responsible for the conservation of the historic huts used by historic explorers such as Robert Falcon Scott.

She joined an exclusive team of scientists who went to Antarctica to conserve the belongings in the historic huts used by men whose bravery and devotion blazed a trail of discovery across the Antarctic. Sir Robert Falcon Scott wrote in a diary during his last expedition in January 1911: “The hut is becoming the most comfortable dwelling-place imaginable.

We have made ourselves a truly seductive home, within the walls of which peace, quiet and comfort remain supreme. 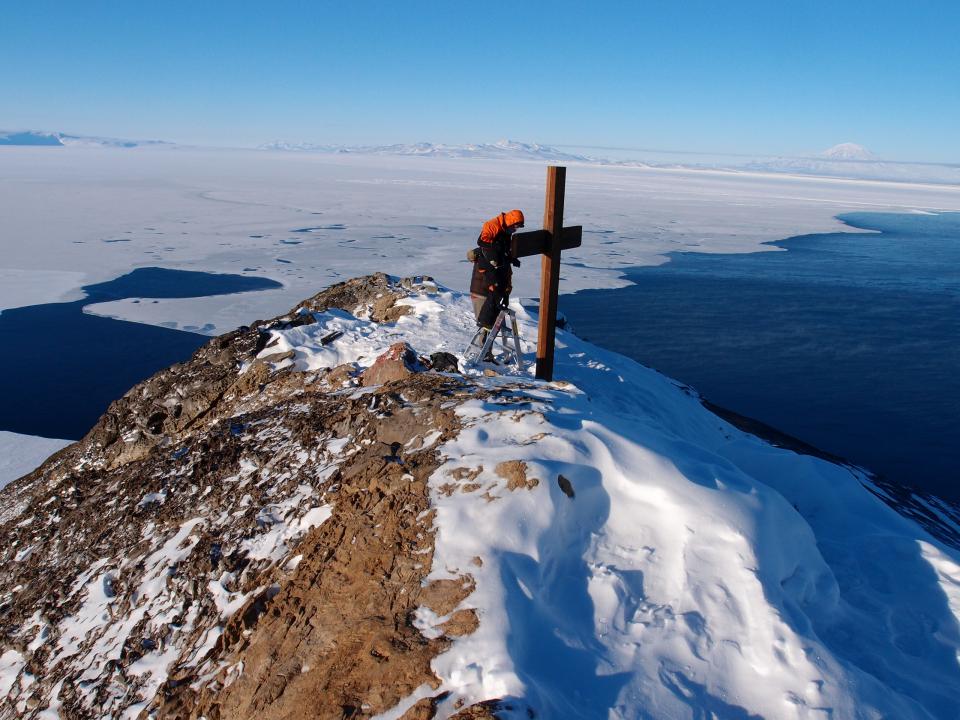 Stefanie describes the huts as real time capsules and says:

“The hut is presented to look like as if Scott and his men literally stood up and walked out of the door.” Her role was to preserve the huts and objects of the historic explorers. The objects included cups, plates, cutlery, food carefully selected to last, such as turtle soup and chocolate; skis, pencils, books, gear and clothing; towels, creams, medicine, some of which included cocaine and heroin, and other drugs that the explorers brought to help them get over the winter-over syndrome.” 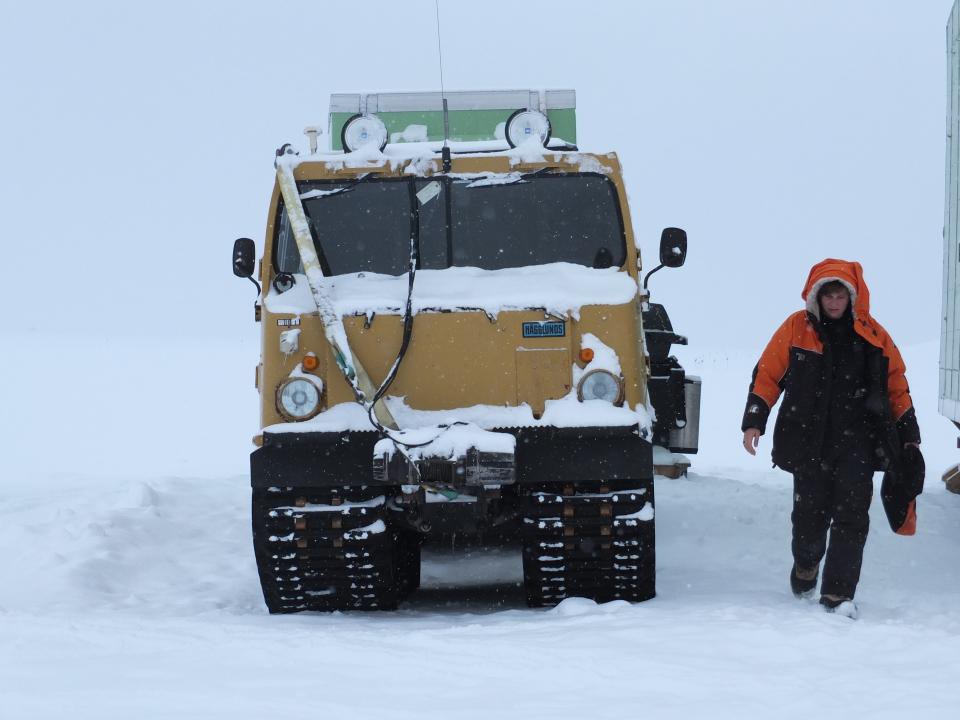 Without the intervention of professional conservators such as White, the huts and their contents would stand no chance of surviving indefinitely.

“If there was a fingertip left on Scott’s cup, all of that had to be perfectly preserved”, Stefanie says.

In the coldest, windiest and driest continent on earth, double the size of Australia, the landscape is as harsh as it is magical. Isolation and darkness inevitably translate into mental pressure that can lead to anxiety, fatigue, insomnia and erratic temperaments.

Some get hit harder by isolation and depression than others. How did Stefanie cope? By learning the basics of vehicle maintenance and learning French.

She also kept a journal and trained in the gym.

She says: “I put a lot of measures in place to make things as healthy as possible to survive.”

Protecting and promoting archaeological sites along the Wild Atlantic Way

Stefanie’s current research project was inspired by where she lives in Co Donegal.
“Every day I see the remains of a megalithic passage tomb falling into the sea from my home in Bundoran”, she says. “The same is happening in other sites along the Wild Atlantic Way.” For somebody who has the unique experience of working in extreme environments and who understands the effects of high winds, salt, temperature and fluctuations in humidity on archaeology, Stefanie knew she had to act. She decided to apply her extensive work
experience in heritage management and conservation to the conservation needs of  Ireland’s west coast.

Fáilte Ireland launched the Wild Atlantic Way in 2014 with the aim of promoting tourism and economic development along the west coast of Ireland. Since then, visitor numbers to the area have increased and there have been many economic benefits. However, increased visitor numbers have led to the further deterioration of archaeological sites on the west coast of Ireland.

Stefanie says: “I want to protect and preserve our heritage sites along Wild Atlantic Way so that more of them can be opened to the public and we can allow visitors to the sites without any further deterioration happening.”

Although this document will focus on sites along the Wild Atlantic Way, it is anticipated that it will have a much wider national and international application.

The research project is conducted under the supervision of archaeologists Dr Fiona Beglane and Sam Moore at the Sligo campus, and Dr Conor McTiernan, at the Letterkenny campus. It is funded by the Connacht-Ulster Alliance (CUA).