The Atlantic Technological University (Ollscoil Teichneolaíochta an Atlantaigh) was launched today by the Minister for Further and Higher Education, Research, Innovation and Science, Simon Harris TD.

Speaking at a landmark event at ATU Sligo and live-streamed to campuses in Galway, Mayo and Donegal, Minister Harris told a large gathering of students, staff and dignitaries — including ATU President Dr Orla Flynn and ATU Chair Maura McNally — that the new Technological University would play a pivotal role in the strategic regional development of the west and north-west.

Minister Harris called the launch a landmark day and said that the new ATU would become a ‘powerhouse’ in the region.

The formation of ATU creates university campuses in counties Donegal, Sligo, and Mayo for the first time while giving Galway city a second university option. It also offers students in surrounding counties the option of a TU education.

ATU will serve 21,000 students and be one of the largest multi-campus universities in Ireland with 8 campuses, research centres and iHubs. The university will be supported by 2,250 staff, delivering practice-oriented study and research. 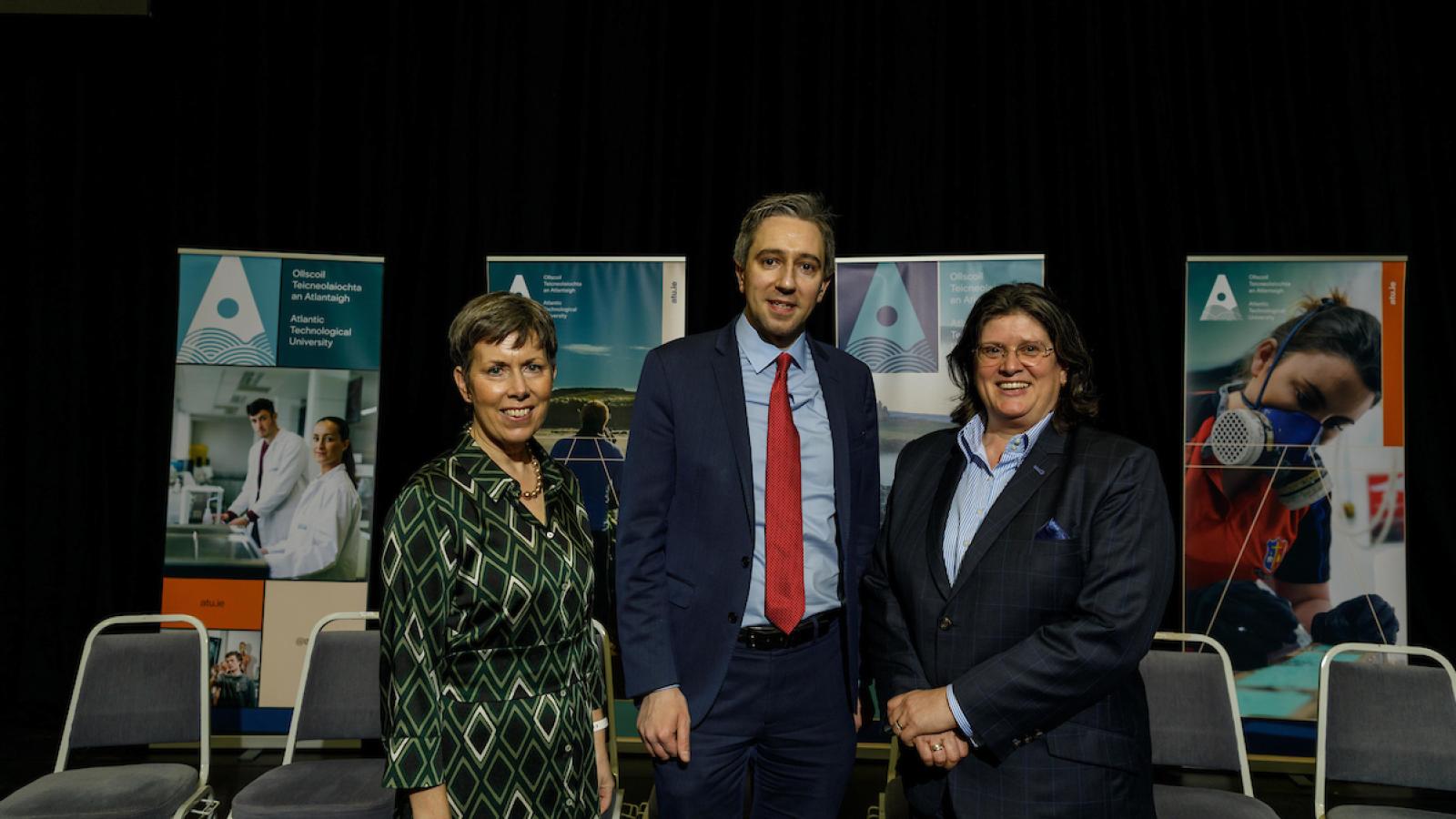 Some 600-plus higher educational programmes will be available at all levels of the National Framework of Qualifications from apprenticeships to doctoral level qualifications.

It is expected that ATU’s unified approach and ground-breaking research in diverse areas such as biodiversity, climate change, artificial intelligence and data analytics will belie its position at the edge of Europe and move it to the centre of the global stage.

Its position on the edge of Europe makes it the perfect gateway to the rest of the world.

In his remarks at ATU Sligo, Minister for Further and Higher Education, Research, Innovation and Science, Simon Harris T.D., said:

“The establishment of Atlantic Technological University, the fourth TU in the State, is a significant occasion for higher education in Ireland and in particular for the West and North West regions.  I know today is a day of mixed emotions as we dissolve GMIT, IT Sligo and Letterkenny IT but it should be a day of immense pride too to the management, governing authorities and staff of the three institutions.

“Today is the start of a new journey. Together these institutions will merge to become ATU - a powerhouse working for the region, for investment in the region and its people. Both Orla Flynn as President of the new TU, and Maura McNally as Chair of the Governing Body bring exceptional experience to the roles. I know they will work together to deliver real change and reform. This is a landmark that I am particularly glad to see reached, and I would like to congratulate all involved.”

“Today is the beginning of an exciting journey for our entire Atlantic Technological University community, and I am looking forward to the challenge of bringing us together as one University to serve the needs of our unique region.”