How Ireland’s smallest mammal, the pygmy shrew, is quietly and quickly disappearing from our landscape - new research study led by ATU 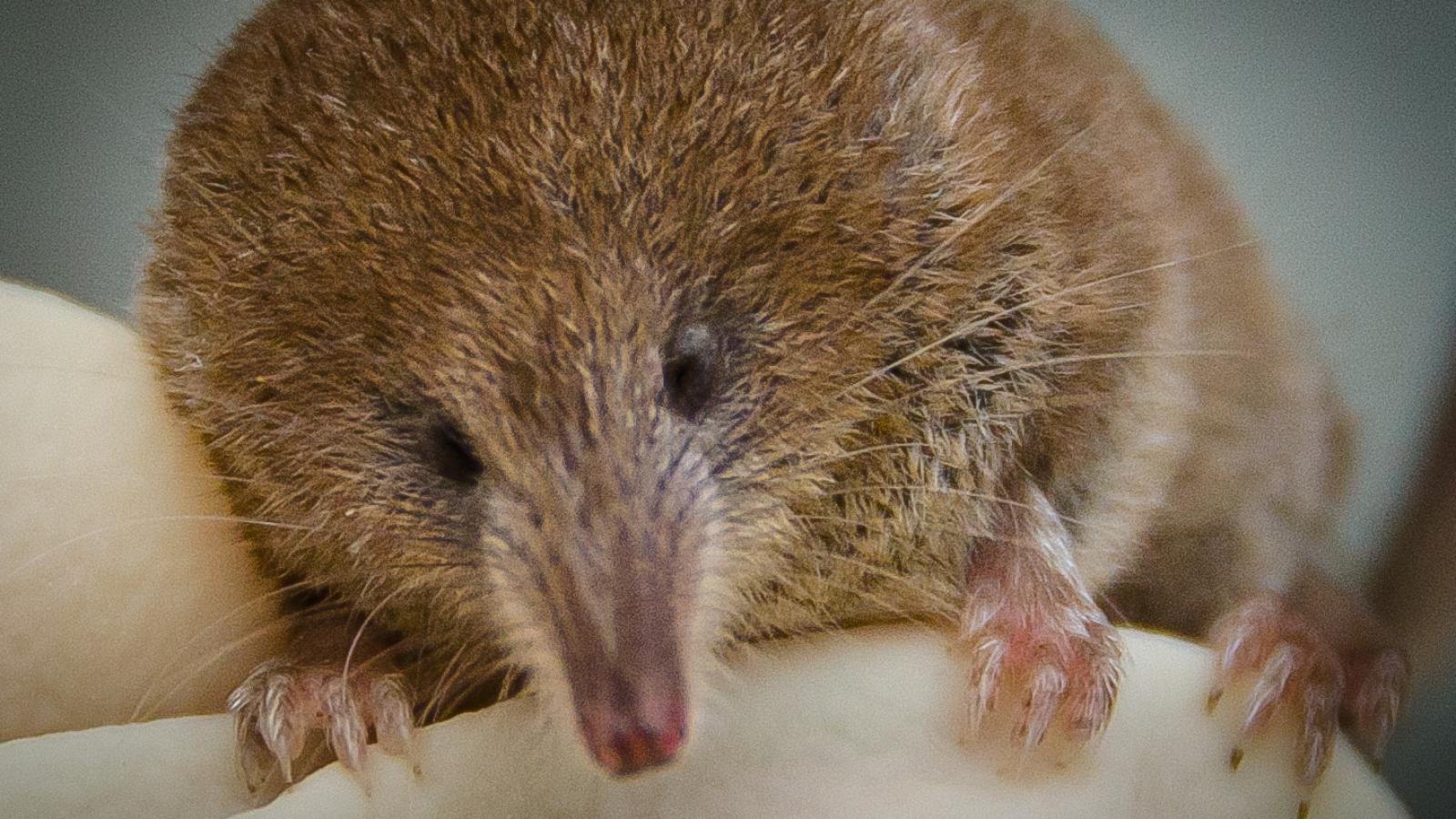 “Invasive species are one of the leading causes of species extinctions globally, with over 80% of extinctions on islands being due to these invasions,” explains Irish mammal expert Dr Allan McDevitt of ATU’s Department of Natural Sciences and the Environment (Galway campus).

“In 2007, Ireland gained a new small mammal, the greater white-toothed shrew. At first it was thought that this might be beneficial to the island as an additional prey item for birds of prey and carnivores like red foxes. However, it quickly became apparent that it was causing a problem for Ireland’s only shrew, the tiny pygmy shrew”.

“We discovered that the native pygmy shrew was disappearing in Ireland whenever it came into contact with the new invasive shrew. We didn’t know how this was happening given that the two species normally live together in Europe.”

The invasive greater white-toothed shrew is about three times larger than the native pygmy shrew. This group of scientists decided to investigate if the two species were competing for similar food, possibly leading one to outcompete the other.

“Rather than having to sort through insect body parts, we used DNA from the remains of insects in their stomachs to determine what they both had been eating,” says Dr Samuel Browett, lecturer in SETU’s School of Science and Computing (Waterford). “This allowed us to confidently identify what insect groups both were eating.”

The researchers found that the invasive shrew eats larger insects initially but then switches to the smaller insects that the pygmy shrew relies on to survive. This then leads to the native pygmy shrew being replaced.

“The pygmy shrew needs to eat more than its body weight in insects each day to survive. If this new shrew species is coming in and taking away its primary food sources, the pygmy shrew will struggle to live along side it. We have found that the native pygmy shrew vanishes in as little as a year after first encountering the new species,” states Dr McDevitt, who has been working on shrews in Ireland for 20 years.

“We also have the additional concern here that this invasive shrew may be altering the make-up of Ireland’s insect communities,” says Dr Browett. “This invasive species reaches high numbers so may be removing many of the larger insect species first in the undergrowth before moving on to the smaller species. This requires urgent attention given that we know insects are declining globally and this may have knock-on effects on other species in the Irish ecosystem”.

“We are lacking basic information around the distribution and population numbers of a lot of our smaller species in Ireland, including mammals,” says Dr McDevitt. “This invasive shrew was also very recently discovered in Britain, and we have concerns that it may have similar negative impacts there. Regular species monitoring has never been more vital for understanding and countering biodiversity loss on both local and global scales.”

“This invasive shrew is known to increasingly occupy human dwellings, so much so it is becoming a pest problem” adds Dr McDevitt. 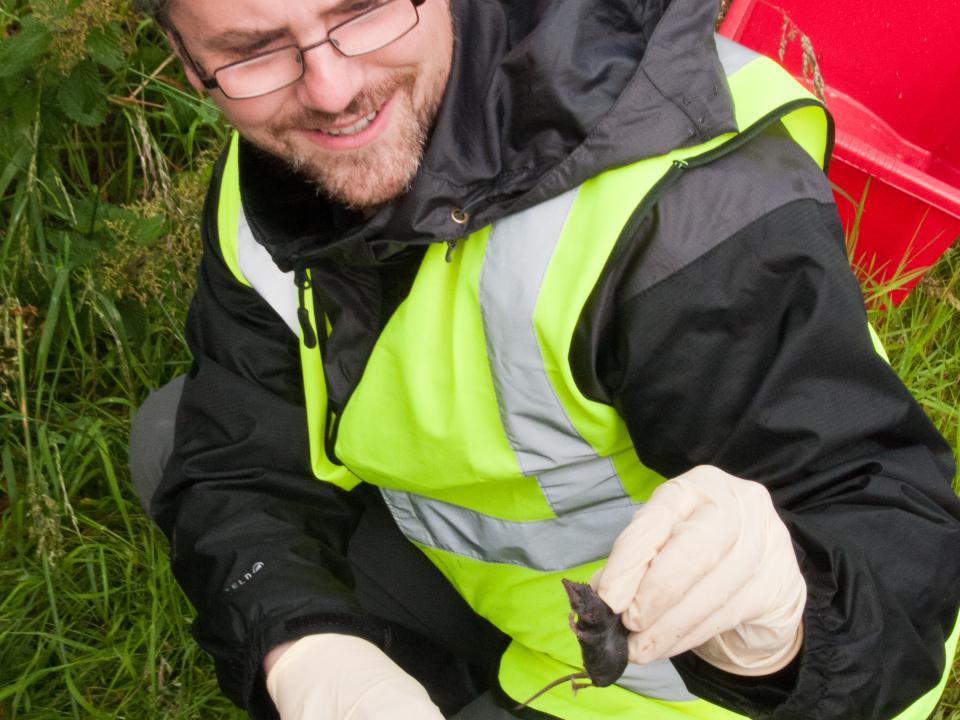 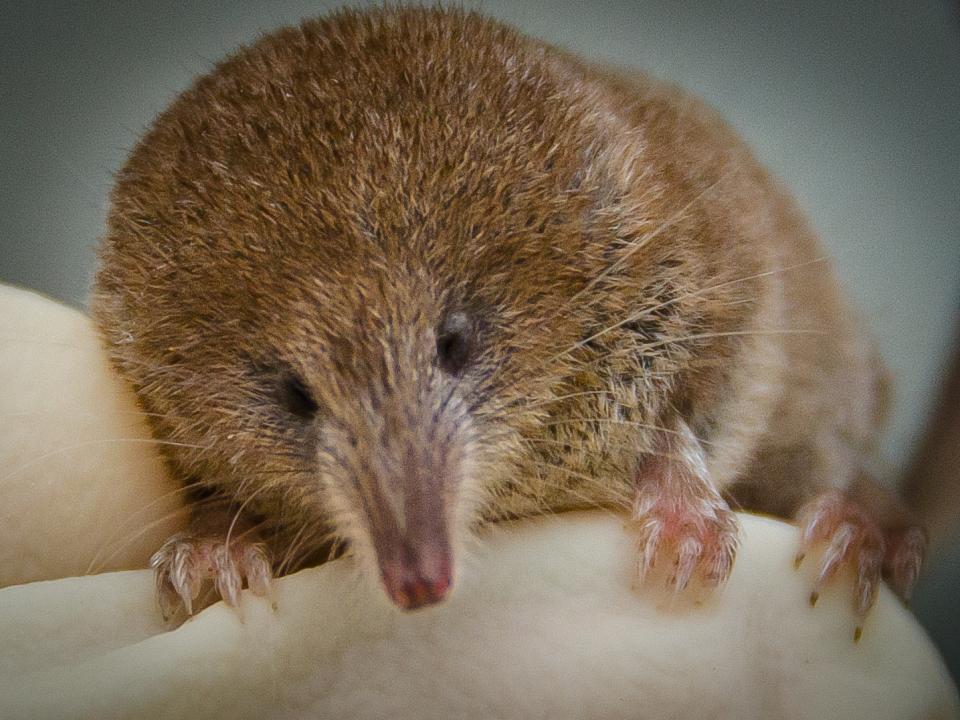 Ireland’s smallest mammal, the pygmy shrew, which is disappearing from our landscape. 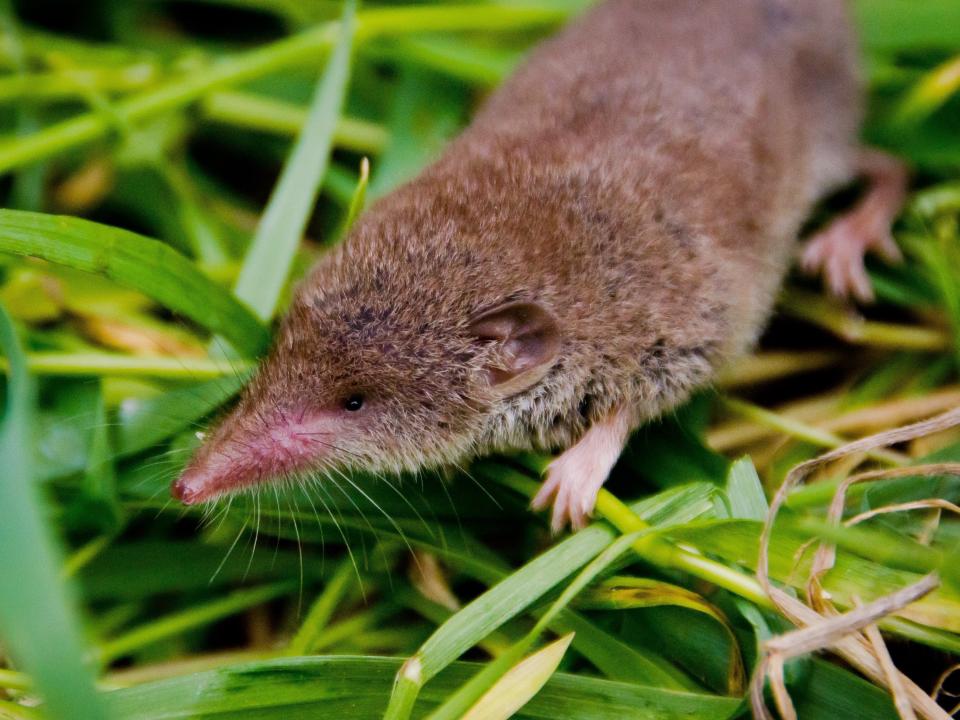