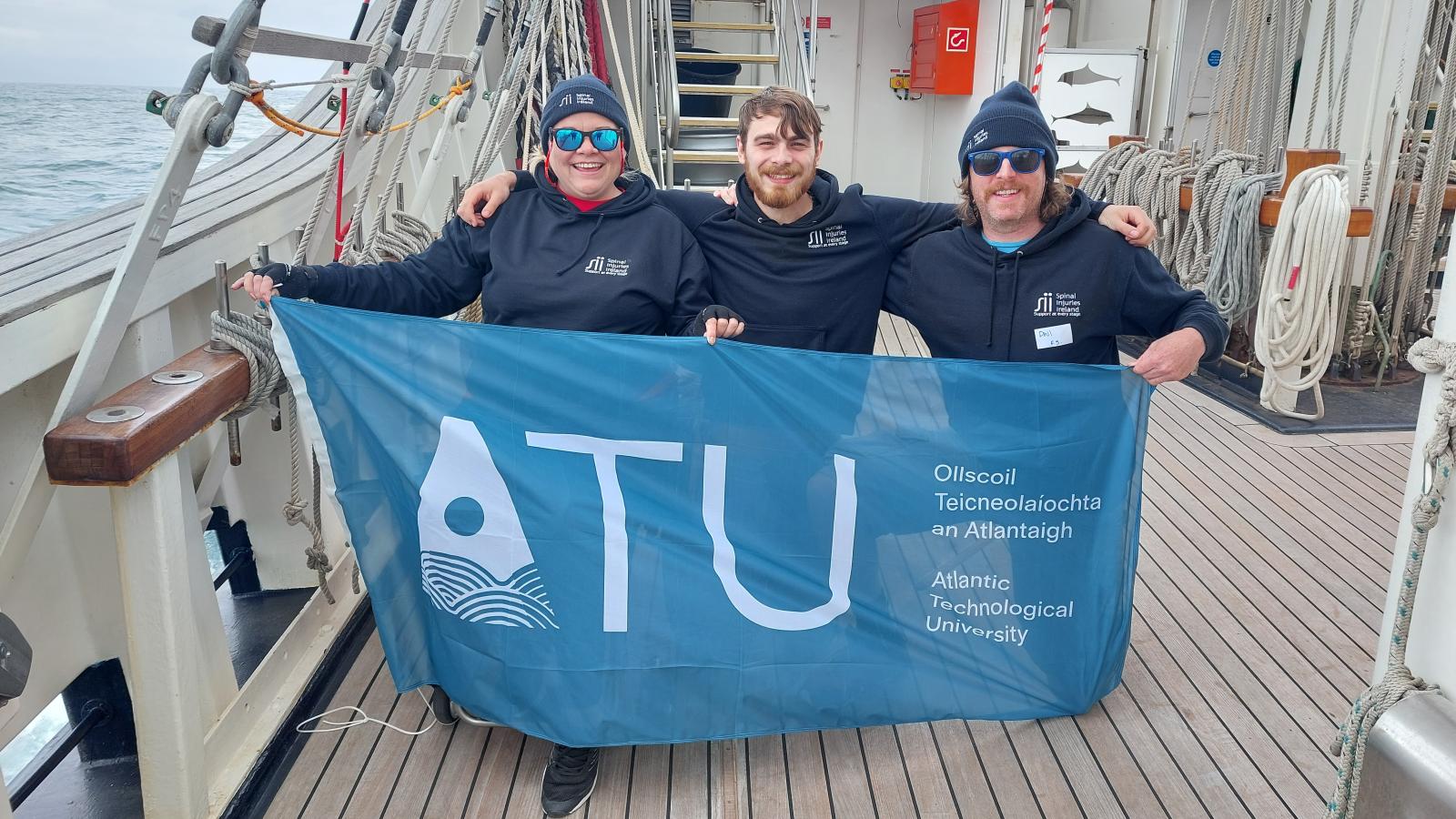 The SV Tenacious Forward Port Watch Tall Ship crew left Poole's port town on the South Coast of England this June. It veered south towards Jersey and the North coast of France to sail into Dublin as part of the Spinal Injuries Ireland Tall Ship Challenge to raise funds for support and services to help people with life-changing injuries. Over 80,000 euro was raised.

The crew comprised eight people with a spinal cord injury, their assistants, and people from all backgrounds and abilities.

Victoria Matthews, an accessibility activist from Ballyshannon, Co Donegal, and ATU Sligo Sport with Business student, was one of the crew members alongside her son Luca, a BA in Culinary Arts student on our Killybegs campus.

Matthews is a disability advocate working on key campaigns to promote the inclusion of people with disabilities in Ireland. She's also a founding member and chair of ATU Sligo Disability and Inclusion Sports Club.

She has fallen in love with sailing since learning about navigating the ship and keeping logs, including wind speed, course details, and wet and dry temperatures, and looks forward to her next adventure.

"I felt part of the voyage crew from the beginning. Captain Simon told us there were no passengers on this trip. Every person had a role, was an equal team member and contributed to the success of the voyage. Our group from Spinal Injuries Ireland became a team very quickly as we got to know each other. There was a great atmosphere of inclusion throughout, where abilities were seen, and everyone had important roles to fulfil. Eight wheelchair users were onboard, and we all had a buddy to support us throughout the trip".

The Tenacious is the only wheelchair-accessible ship of its kind. It was fully accessible from bathrooms to lifts from upper mess to lower mess and accommodation, lifts from the main deck to upper decks. It is also accessible to the visually impaired. 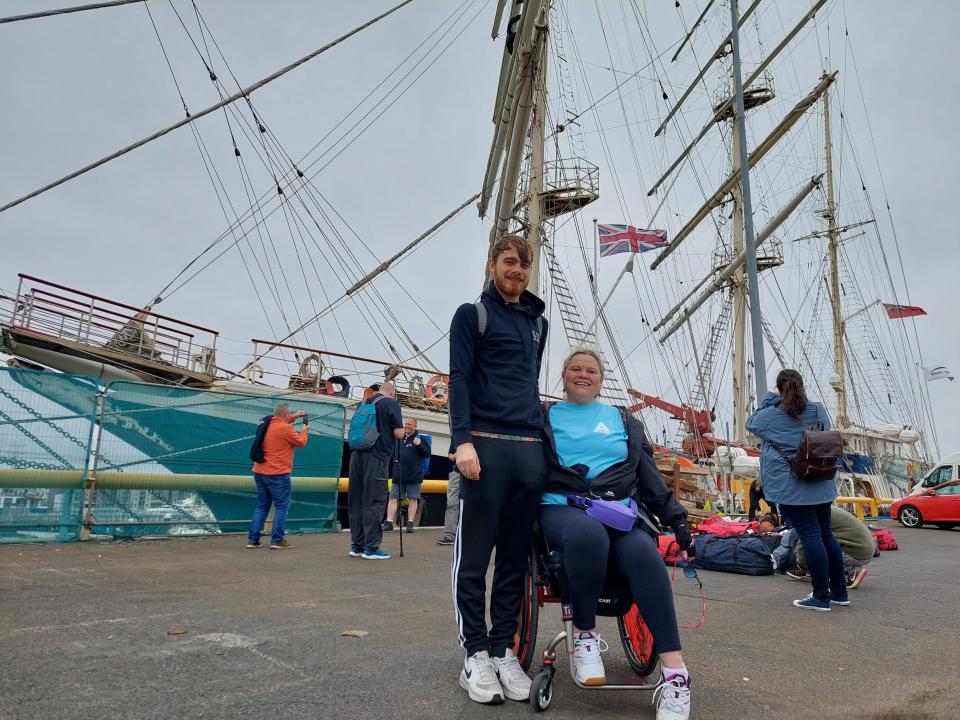 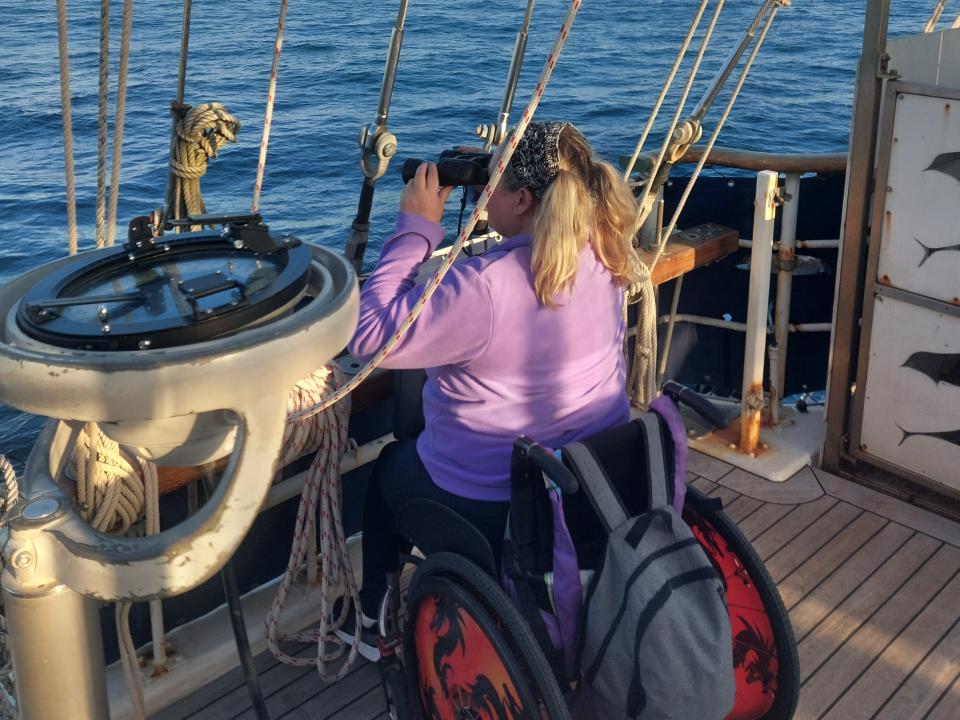 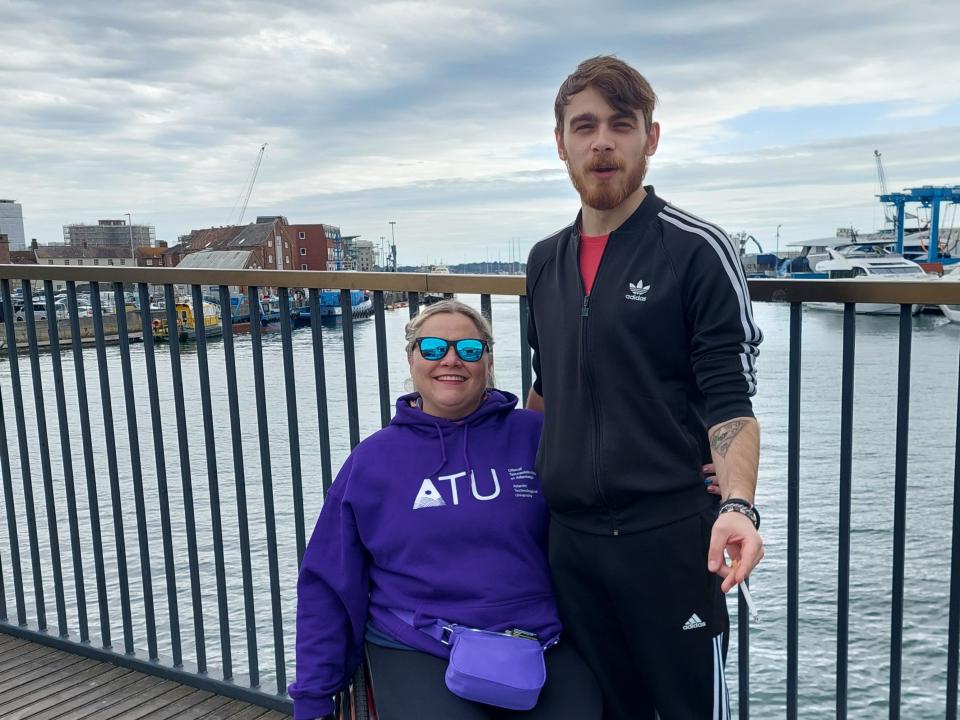