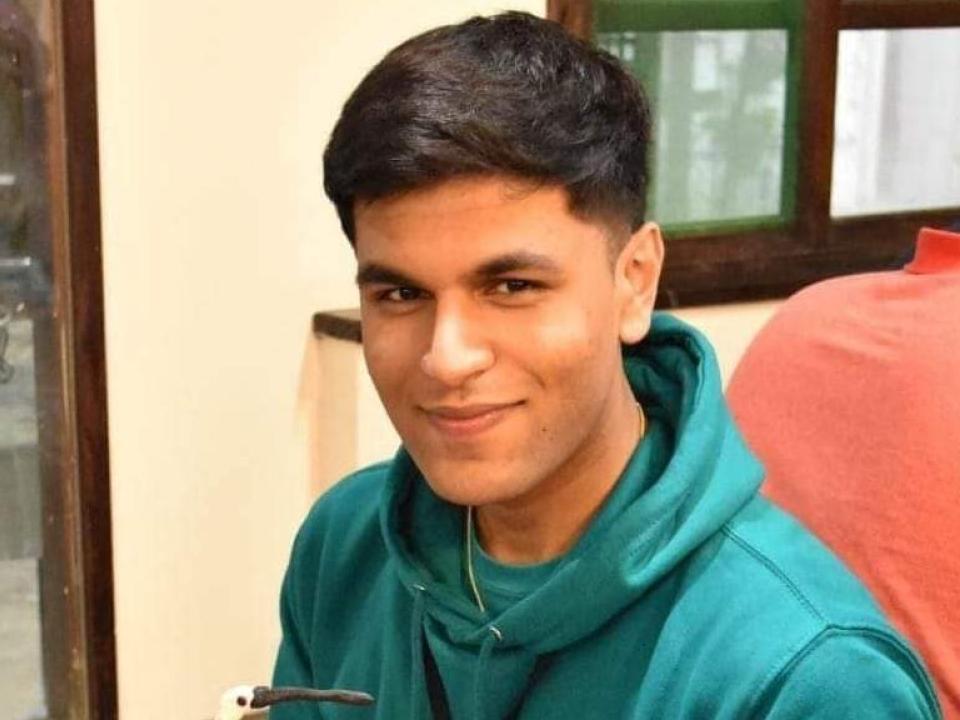 I wanted to create unique worlds that people have not seen and to showcase my visions on strange sci-fi worlds inspired by many famous movies and games.

In 2016, a procedurally generated game was released that featured sci-fi planets and ships. It was a man-made simulation of the universe with 18 quintillion stars that each had planets. Players could land on and explore them and potentially meet each other.

I wanted to create this myself one day and show my view of an alternate universe using code and art. This is what inspired me to study games development here at ATU Sligo.

What I really enjoyed about the course was seeing my creations come to life. In second year, I drew concept art of mechs and picked one to animate and implemented it into a game that I was coding at the time. The whole design process with Mark Rooney was a fun and exciting experience. So, you could say the creative part of this course was something I enjoyed the most.

My favourite modules were Game Content Design, Project 300, 3D Game Programming and Advanced Games Programming. I adore the creative side of games and these modules portrayed the fun side of games development, where we worked as teams and made some cool art, games and learned code by helping each other.

If you are like me and have no coding experience, you will get the hang of it with enough practice. As long as you go to your coding labs and lectures in first year!

Also, I would encourage new students to mix with their class as having classmates to help you along the way is beneficial for learning new things such as code and creating some very cool projects as a team.

During my time at ATU Sligo, I have been involved in many events. From engineering weeks to open days, you name it, I’ve done it! I was chosen to go to Taiwan by the international office in October 2019.

The purpose of this trip was to showcase our ideas on regional revitalisation. We ended up winning an award for this as team Ireland.