The research achievements of ATU Marine Scientist Dr João Frias were recently recognised by the European Research Executive Agency at an invitational event hosted in Brussels. Dr Frias was invited to represent Ireland’s participation in the Marie Skłodowska-Curie Actions (MSCA) in Brussels on 7 and 8 June 2022. Based from ATU’s Marine & Freshwater Research Centre (MFRC), Dr Frias’s research focuses on microplastic pollution assessment and mitigation measures developed in Galway Bay and the West of Ireland.

Dr Frias was one of just five researchers attending the “Prevent and Eliminate Pollution Panel Discussion” at the Brussels MSCA Cluster event “Mission Ocean and Waters”. There  he shared the results of the IMP.act project concluded in 2020. He described how microplastic densities on Galway Bay are lower compared to other European sites. “Even in Galway Bay the concentrations are not uniform” he says, referring to the floating microplastic levels on the bay. Galway Bay has an average of 0.5 items per cubic meter based on 20 manta trawl samples collected in 2017. [The figure shows potential accumulation zones marked in red and in yellow]. Details of this publication are available on: https://doi.org/10.1016/j.marpolbul.2020.111361

During the meeting, Dr Frias focussed on research conducted in the last five years in Ireland and presented results of the booklet he co-authored with ATU’s Dr Roisin Nash titled, “Perceptions about marine anthropogenic litter & microplastic pollution in Ireland”. Details about the booklet and the project are available on: https://www.joaofrias.com/impact-project

At the Brussel event, Dr Frias outlined the findings of a survey on perceptions of marine litter, based on 320 respondents in Ireland. The survey highlighted great public awareness of plastic pollution: 82% of survey participants noticed marine litter every time or most times they visit their local beach, which motivated many to participate in local beach clean-up events.

Dr Frias outlined several proposed actions to help address plastics pollution including beach sampling protocols for Irish Non-Governmental Organisations (NGOs), schools and research centres; dissemination of information to Irish citizens about the distribution and accumulation of marine litter and microplastics, the impacts and socio-economic costs associated with them.

“I’ve been working on the field of plastic and microplastic pollution since 2008 and conducting relevant research on this field in Ireland since 2017. It was an honour to be the first recipient of the MSCA CAROLINE Post-Doctoral research programme in ATU, and to contribute to the objectives of the EU Marine Strategy Framework Directive and of the United Nations Sustainable Development Goals in Ireland.”

As part of the celebrations of the World Oceans Day on 8 June Dr Frias participated in a clean‑up in Nieuwpoort, Belgium, representing Atlantic Technological University and the Irish Research Council CAROLINE programme. The methodology used is based on the Plastic Pirates initiative (https://www.plastic-pirates.eu/en), a citizen science collaborative project and a joint initiative of the German, Portuguese, and Slovenian governments.

The efforts of ATU’s MFRC microplastics research team over the past decade have been recognised internationally, with ATU becoming an officially recognised partner of the Global Partnership on Marine Litter (https://digital.gpmarinelitter.org/organisation/10852) led by the United Nations Environment Programme.

As further recognition of importance, four innovative research works developed in Ireland were selected to participate in the 7th International Marine Debris Conference in Busan, South Korea in September 2022 (https://7imdc.org/). These projects, all developed at the MFRC, cover a diversity of environmental work on Galway Bay and around Ireland, from surface waters to seafloor sediments.

“The celebrations marking  World Oceans Day, and receiving this good news about the Global Partnership and about South Korea, makes me realise the international importance and relevance of the work we are carrying out in ATU Galway, and how we are all intrinsically linked to the ocean which we rely on for oxygen, food as well as leisure activities.” says Dr Frias.

The panel discussion can be viewed on: https://rea.ec.europa.eu/events/msca-cluster-event-mission-ocean-and-waters-2022-06-07_en

For information on the Marie Sklodowska Curie Actions event, see:

For information on the European Research Executive Agency, see: https://ec.europa.eu/info/departments/european-research-executive-agency_en 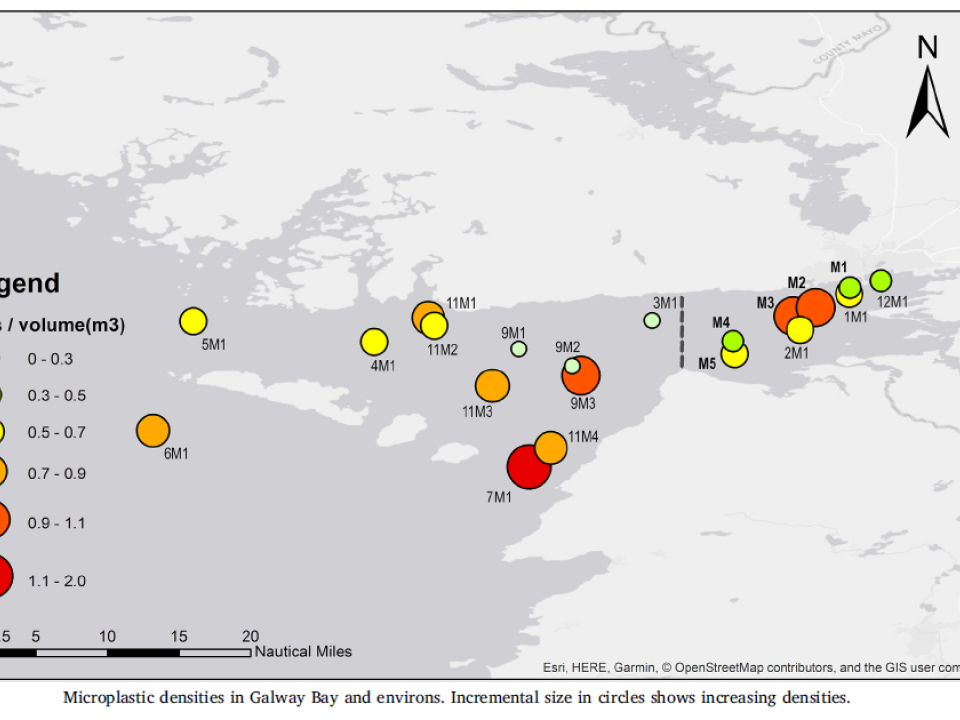 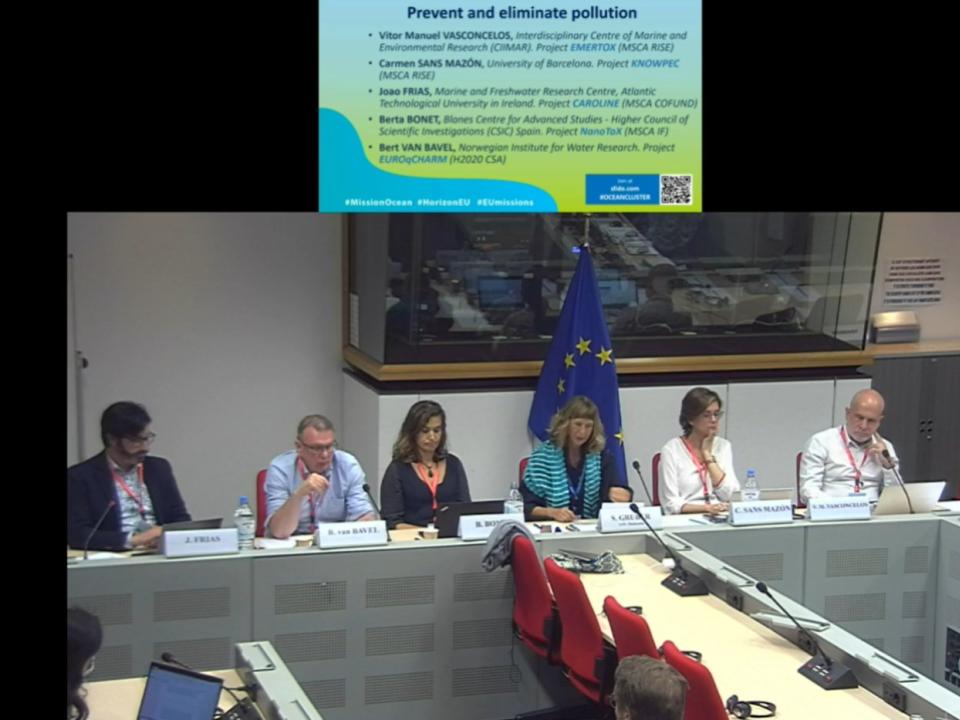 . MSCA Cluster event in Brussels with Dr Frias as part of the Panel discussion.