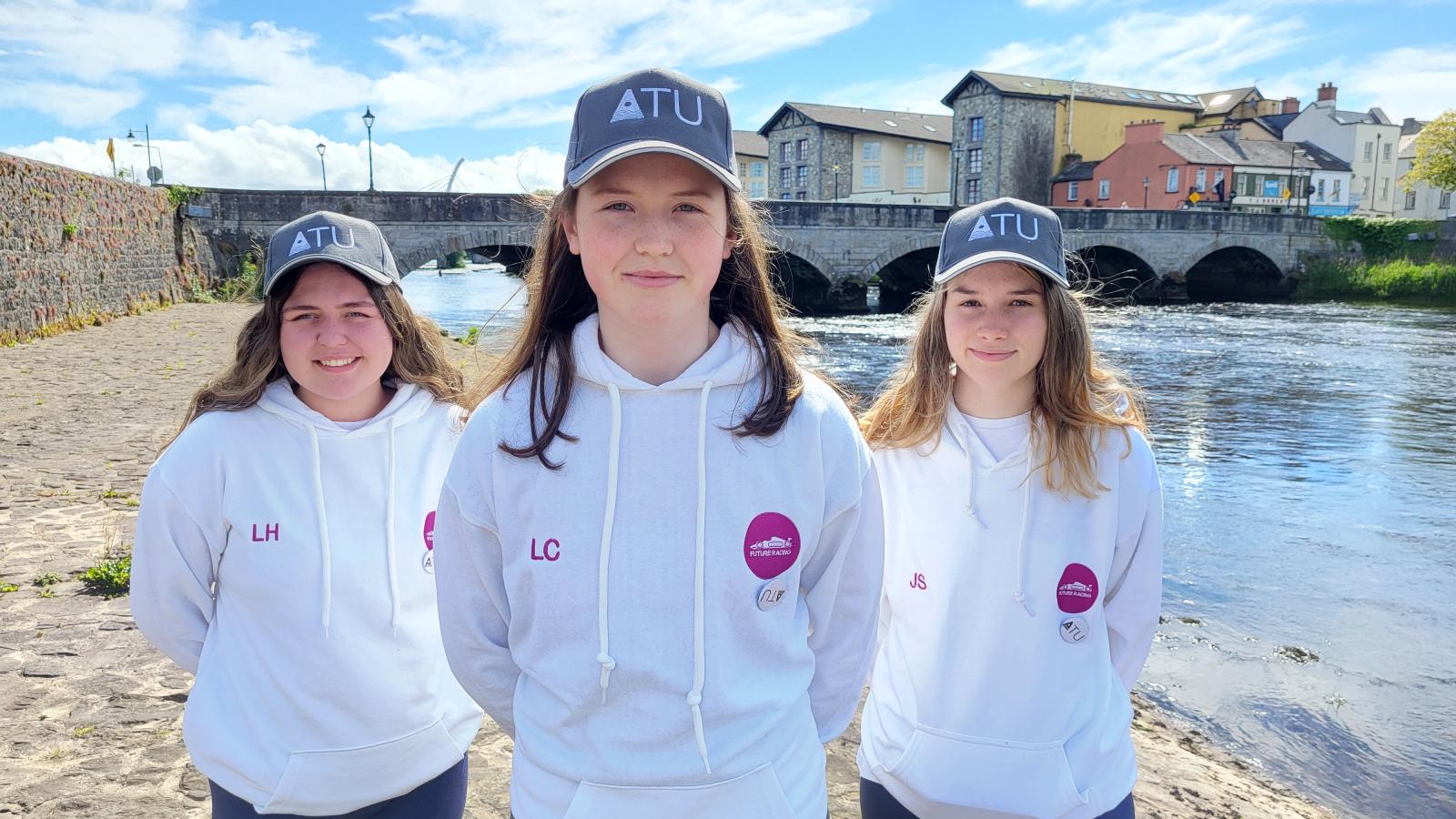 Atlantic Technological University has backed the first all-female Formula 1 in Schools team in a bid to encourage more girls to consider careers in STEM based industries.  The group of four girls from St Mary’s School, Ballina are heading to Silverstone, the home of racing in the UK, to represent Ireland on the world stage at the F1 in Schools World Finals next week.

Competing with teams from over 50 countries including Australia, China and Mexico, the Ballina students beat opposition from around the country to make it to the world finals which takes place from 10th to 14th July in Silverstone.

The team called “Future Racing” is the first all-female group to represent Ireland in the finals and is made up of four students from St Mary’s Secondary School, Ballina, Co Mayo; Emma Hughes, Leah Hannon, Laura Calleary and Julianne Stannett.

According to team member Julianne Stannett Future Racing is entering this year’s competition with the aim of proving the gender stereotypes wrong; “As Ireland’s first all-female team to reach the World Finals, we are out to prove we have the knowledge and ambition to challenge anyone.”

They have already managed to gain the support of professional footballer, Rio Ferdinand and Formula 1 pundit and businessman, Eddie Jordan.

President of Atlantic TU, Dr Orla Flynn praised the students in reaching the finals in Silverstone;

“These four girls have been on a long two-year journey with many challenges, beating off stiff competition to reach the finals.  Women are still greatly under-represented in engineering and technology industries. As a newly established university, ATU wants to encourage more females to consider a career in the many exciting STEM based industries.  This all-female team are a credit to their country, gender and generation and we are proud to support them on their journey to the World Finals in Silverstone.”

The team had reached the World Finals two years ago and were planning to head to Singapore for the 2020 to represent Ireland when the event was cancelled due to the outbreak of the pandemic.  Despite the disappointment, the determined teenagers continued improving their designs to reach the finals in England this year.

The competition gives students a real taste of the complexities of F1 engineering and design.  While the F1 cars are just 20cm in length, strict regulations are similar to the full-size multi-million euro racing cars with size, weight and use of materials heavily restricted and regulated.

All cars participating in races on the F1 in Schools track at the World Finals event, are powered only by a single 8 grams compressed air cartridge. The cars are designed to travel the 20 metre race distance as quickly as possible, whilst withstanding the forces of launch acceleration, track traversing and physical deceleration after crossing the finishing line.

“Being part of the first all-female team to represent Ireland at the Formula 1 in Schools World Finals is an absolute honour.  It has been an incredible journey with so many highs and lows.  From reaching the finals in 2020 in Singapore only to be stopped by the pandemic was very disappointing.  However, we have continued working and improving our design and we are really excited to be heading to Silverstone.”

The F1 in Schools World Finals will take place in Silverstone from the 10th to the 14th of June and will be streamed live on the F1 Schools website. 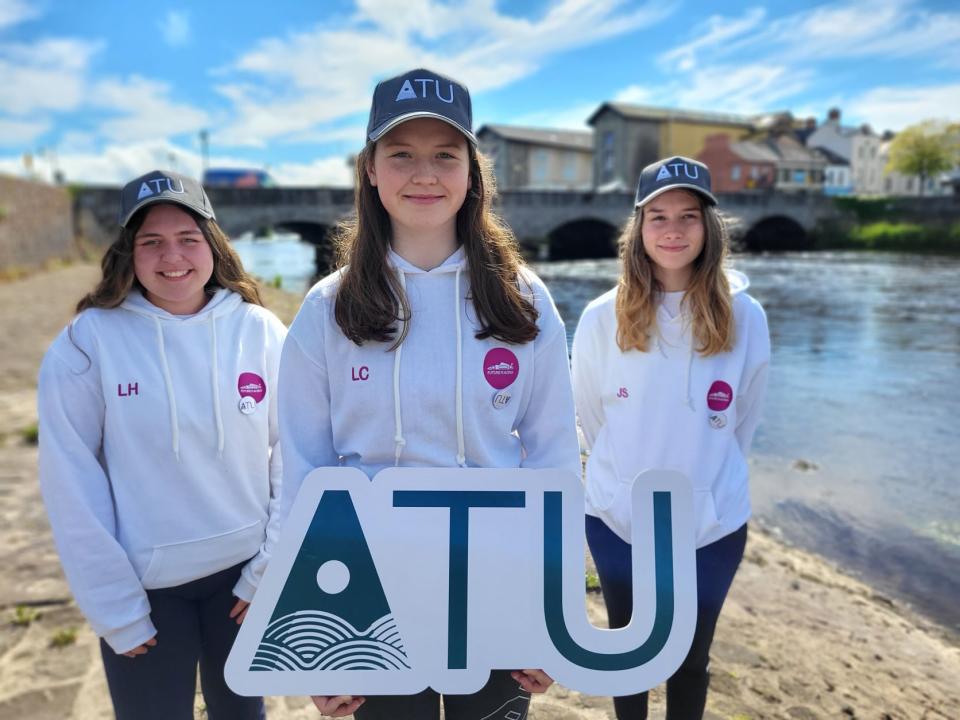 Photo Captions: L-R Leah Hannon, Laura Calleary and Julianne Stannett get set to head to F1 in Schools World Finals in Silverstone next week.  (Emma Hughes not pictured, is the 4th member of the team.)